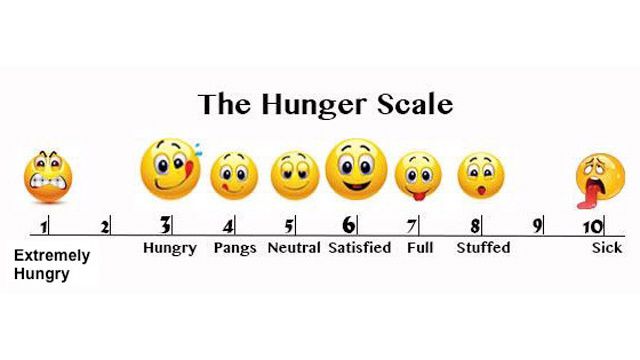 It has been exactly two hours and 36 minutes since your last meal. You know because you’ve been watching the clock. For you, cravings are a way of life in today's stress oriented life . Your stomach is a bottomless and is making funny sound to fill it up .  And getting “hungry” is a real and ever-present threat. Check them out—and finally understand why your stomach says " Hungry kya " .

You Have a Fast Metabolism
Some women were born lucky (thanks, genetics). Others have worked hard, put on muscle, and revved their metabolism that way. And, of course, the faster your metabolism, the more fuel you need. According to research  about 32 percent of people have metabolisms that are more than eight percent different (higher or lower) than the population average. So having a fast metabolism might amount to burning 100 to 400 extra calories a day . It’s not as much as you might hope, but it would explain that second serving of  of your favorite butter chicken  you just had to have.

You’re Eating Refined Foods
Processed foods—like white bread, cookies, even salad dressings—spike your blood sugar, let it crash, and then leave you feeling even hungrier than you were before you ate the stuff. Research published shows that high-fat, high-sugar foods interfere with mood-regulating chemicals in the brain, leading to symptoms of depression and overeating. “Refined sugar, because it has such a powerful effect on the brain’s reward center, is the most common reason people’s appetites remain so high throughout the day .  Limit the amount of packaged foods you’re eating, and stick with whole-grain carbs whenever possible.

Your Hormones Are Out of Control
PMS is one thing, but some hormonal conundrums can make you hungry all month long. Having hyperthyroidism, an overactive thyroid gland, is the most common hormonal cause of constant hunger When thyroid hormones are too high, the body’s vital functions speed up, and you burn energy faster than intended. Grave’s disease, an immune disorder affecting the thyroid gland, is the most common cause of hyperthyroidism. Meanwhile, hypoglycemia (perpetually low blood-sugar levels), as well as pre-diabetes and diabetes (too high blood-sugar levels), can also cause hunger spikes, she says. If you believe any of the above might apply to you, talk to your doctor about being evaluated for any hormonal imbalances.

You’re Confusing Hunger with Appetite
Sorry to break it to you, but many women who are “always hungry” actually just always want to eat. “Hunger is a primal biological drive associated with physical symptoms, such as headache, shakiness, and intestinal contractions leading to that hungry, gurgling sound from your stomach . Appetite is a psychological drive in which you desire a particular food and seek it.” While, ideally, they would occur together, that’s so not the case.

Are you looking for Call Girls Jaipur? Escorts services in Jaipur is here to give you the best sexual services with Hot Girls. Your Dream Girl Available 24*7. Please Contact Now!

Call Girls in Hyderabad are fully prepared for both Service a massage with full sex, most famous Hyderabad escorts at affordable price

It's a very informative and educated post. which help the daily routine life and how to keep body fit in daily life.